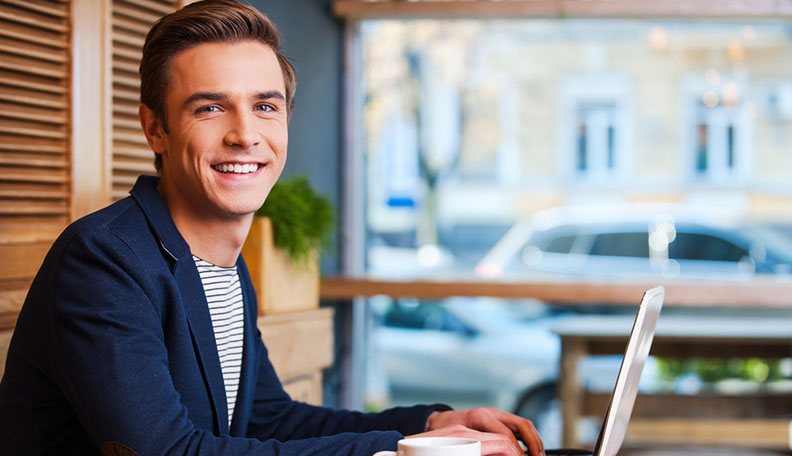 A nerdy guy has been defined conventionally for years. These guys are generally described as those who behave smartly and have a higher IQ. If you raise a conversation on any topic they will talk so much about it within seconds. A nerdy guy is very vast in knowledge, they know a lot of things. They can be called “the bookish type”.

The fascinating thing about a nerd is that they are attracted to intelligence more than physical appearance. He would prefer to date someone with brains than a beautiful and well-endowed lady.

Most nerdy guys are introverts, they rarely socialize so they spend most of their time indoors. In essence, you need not look for them, they are either reading, watching a movie, or engaging in one of their hobbies.

He is the faithful kind of guy who does not flirt with other girls when you are away. A Nerdy guy loves without reservation, they give in their best for you.

They prefer brains to other things. With such a guy you’re sure of a better future and you will be treated right. They know how to treat a lady right because they have got the brain. They are not the heartbreakers you cry over always.

He is more concerned about his emotions and compatibility. It doesn’t matter how you appear, your looks don’t really count for a nerd, he accepts you the way you are.

What makes Nerdy Guys different from other guys?

Nerdy guys are not really the social type. They just give you what they can offer. If they love, it’s usually genuine.

His friends most times are fellow introverts and they have less influence on him, so you have nothing to worry about. This guy spends most of his time indoors having fun in his own way. When you go out on dates, you would have his undivided attention. He is more concerned about your feelings than looks.

It’s not their nature to intentionally hurt a lady. They care for you better than those jerks who care less about your emotions.

Facts about nerdy guys and why you should date them.

1. They mostly have a great sense of humor

Most times they are shy, but they’re sure to have a way of putting a smile on your face. They have a great sense of humor. He is intelligent in what he says. They will crack jokes and make you laugh all day, you can never experience a dull moment with this guy. Every moment you spend together is worthwhile.

For a fact, Nerds are different from other guys who would use and dump you for no reason. He is always sure of what he does, he won’t dump or ghost you. Their thoughts towards relationships are quite different. He is very careful with your heart as much as he does with his.

The relationship experience with this guy is unique, with no fear of unexpected heartbreak. He won’t pressure you to always look good because he cares less about his looks.

3. They have an initial shy character, but they’ll eventually surprise you

Since they are introverts, they tend to shy a lot. But when they eventually become comfortable around you, you will struggle to make them keep quiet. They might not be flirty like other guys but with their level of intelligence, they can get your attention in a pretty cool way. Sometimes they might be too direct and rude, you just have to deal with it, it’s their way of being plain.

Though they are pure introverts, still they can communicate properly during a conversation. This is a result of their versatility and ability to share their knowledge with others.

It’s one of the common characteristics of a Nerd to be self-aware of who they are. They do not need anyone to tell them about themselves, nerds know their attributes and are proud of them.

When it comes to dealing with issues a nerd will spend all his time doing it. Their zeal and ability to solve a problem will make them resolve any relationship issues even if it will cost them a lot.

If you’re counting romantic people be sure to include a nerd. They have this good sense of romance and they try to spice up things in a very unique and romantic way you won’t forget.

You can trust nerds when it comes to remembering special occasions. They have a long retentive memory so they easily recollect events with ease. You can trace this to their God-given intellect. So don’t be amazed when a nerd surprises you at a memorable event.

9. They will Introduce You to New Things

Inventing and introducing new things to people is something they love to do. If you are dating a nerd be ready to learn new things and also explore them. They will introduce you to a wide range of new ideas you have never come across.

He is an intelligent specie who is rather more learned than successful. They are good at advising people. When he visits your family for the first time, it turns out to be a worthwhile encounter.

Most times nerds are hot too but they might not even know it. Although they aren’t as stylish as the playboys, but in their own way they are fashionistas, cool but hot.

Geeky guys are very passionate people. They will care and love everything about you, if you give them the privilege they will come in and beautify your world. They don’t take things for granted, they will be attentive when you need them to be.

Since they haven’t had much experience with girls because they are shy, they are most likely to appreciate you anytime. A geek will not cheat, treat you badly or jilt you. He will value every moment with you.

Discovering what a nerd loves so much isn’t difficult. It’s everywhere around him that is why you can just spot it. Getting him a comic book, a headset, a game, etc, or even something smaller will make him very happy. You need not bother yourself so much about what to give him. Little things count for a nerd.

Nerds are a special kind of specie. A nerdy guy is one you would love to be with if you get to know them and appreciate who they are. If you’re thinking of a perfect guy to date, try considering a nerd and you will have a moment in time.

ALSO, READ How To Be Submissive in a Relationship